Money, magic and the theatre were powerful forces in early modern England. Money was acquiring an independent, efficacious agency, as the growth of usury allowed financial signs to reproduce without human intervention. Magic was coming to seem Satanic, as the manipulation of magical signs to performative purposes was criminalized in the great 'witch craze.' And the commercial, public theatre was emerging – to great controversy – as the perfect medium to display, analyse and evaluate the newly autonomous power of representation in its financial, magical and aesthetic forms.

"Money and Magic in Early Modern Drama" is especially timely in the current era of financial deregulation and derivatives, which are just as mysterious and occult in their operations as the germinal finance of 16th-century London. Chapters examine the convergence of money and magic in a wide range of early modern drama, from the anonymous Mankind through Christopher Marlowe to Ben Jonson, concentrating on such plays as "The Alchemist," "The New Inn" and "The Staple of News." Several focus on Shakespeare, whose analysis of the relations between finance, witchcraft and theatricality is particularly acute in "Timon of Athens," "The Comedy of Errors," "Antony and Cleopatra" and "The Winter's Tale."

David Hawkes is professor of English in literature at ASU. 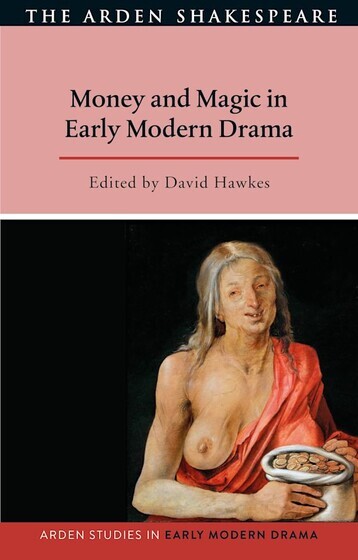