What Drowns the Flowers in Your Mouth

Subtitle
A Memoir of Brotherhood

Burdened by poverty, illiteracy, and vulnerability as Mexican immigrants to California's Coachella Valley, three generations of González men turn to vices or withdraw into depression. As brothers Rigoberto and Alex grow to manhood, they are haunted by the traumas of their mother's early death, their lonely youth, their father's desertion, and their grandfather's invective. Rigoberto's success in escaping — first to college and then by becoming a writer — is blighted by his struggles with alcohol and abusive relationships, while Alex contends with difficult family relations, his own rocky marriage, and fatherhood.

Descending into a dark emotional space that compromises their mental and physical health, the brothers eventually find hope in aiding each other. This is an honest and revealing window into the complexities of Latino masculinity, the private lives of men, and the ways they build strength under the weight of grief, loss, and despair.

Part of the Living Out: Gay and Lesbian Autobiographies series.

Rigoberto González, who earned his MFA in creative writing from Arizona State University in 1997, is the author of seventeen books of poetry and prose. He is a contributing editor for Poets & Writers magazine, serves on the board of trustees of the Association of Writers and Writing Programs, and is a professor of English at Rutgers–Newark, the State University of New Jersey.

A powerful and moving portrait of a complex and troubled family and of memory and regret. González looks back not in anger but with great generosity of spirit.

Guillermo Reyes, author "Madre and I"

With gut-wrenching, skin-close honesty, Rigoberto González – already decorated for the stunning achievements of his two previous memoirs – offers a riveting account of the sustaining love between brothers in the midst of raw grief, trauma, and wrenching poverty. The stakes couldn't be higher or the writing more intense. A literary victory. 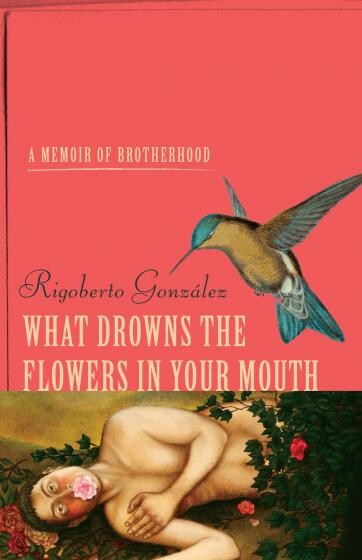