Oxford, Bodleian Library, MS Bodley 264 is one of the most famous and most sumptuous illuminated manuscripts of the entire Middle Ages. Completed in 1344 in Tournai, in what is now Belgium, the manuscript preserves the fullest version of the interpolated Old French Roman d'Alexandre (Romance of Alexander the Great), and some of the most vivid illustrations of any medieval romance, ranking amongst the greatest achievements of the illuminator's art, its borders in particular offering a panorama of medieval society and imagination.

A celebration of courtliness, a commemoration of urban chivalry, a mirror for the prince instructing in the arts of rule, and a meditation on crusade, it manifests the extraordinary richness and creativity of late medieval manuscript culture.

This study examines the manuscript as a monumental expression of the beliefs and social practices of its day, placing it in its historical and artistic context; it also analyzes its later reception in England, where the addition of a Middle English Alexander poem and of Marco Polo's Voyages reflects changing concepts of language, historiography, and geography.

Mark Cruse is a faculty member with the School of International Letters and Cultures. 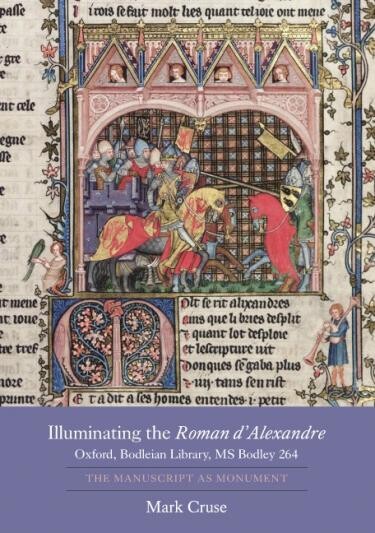