Subtitle
Cases of Learning and Leading

This book focuses on the impact of sustained and evolving collaborations, showcasing research and scholarship in a faculty group―consisting of 28 professors from five regional universities―meeting and supporting each other since 2002. Originally an innovation introduced by Cheryl J. Craig and funded by a reform movement, the Faculty Academy continues to flourish in the fourth largest city in America long after the reform initiative abandoned its charge. Contributors to this volume represent all stages of careers, include all races and genders, and write from a multiplicity of disciplinary stances (literacy, mathematics, science, social education, multiculturalism, English as a Second Language, accountability, etc.). In addition to fascinatingly diverse perspectives on teacher education, the authors also investigate issues related to career trajectories―including experiences of vulnerability. The volume illuminates how the Faculty Academy works as a dynamic academic and social bond: not only as a glue that binds members in community, but also in rigorous intellectual commitments that fuel their collective knowing and advance their careers while providing leadership, mentorship, and modelling in up-close and timely ways.

Laura Turchi is a clinical professor in the Department of English at Arizona State University, where she is an affiliate of the Arizona Center for Medieval and Renaissance Studies.

The great beauty of this book is that it demonstrates vividly how collaboration can enrich research and practice in teacher education. What we encounter in the chapters are accounts of a rich community of inquiry including scholars at different stages of their respective careers, yet all making a significant contribution. 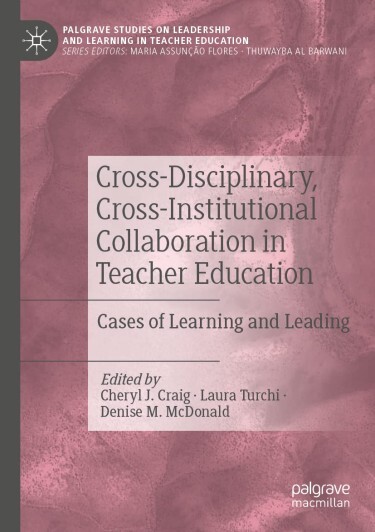