When 11-year-old Tino isn't sitting quietly in school, he's either visiting his dying mother in the hospital or making sure his UFO-obsessed father eats dinner. A loner among his peers, Tino is surprised when Omar, the strongest boy in school, befriends him out of the blue. Will Tino's intrigue outweigh his self-imposed isolation? Written by Federico Falco and translated from Spanish by Sarah Viren, “Córdoba Skies” is coming of age story similar to the river Tino likes to play in: inviting and winding, yet not without the occasional burst of rapids.

Sarah Viren is an assistant professor in ASU's Department of English, where she teaches creative writing. 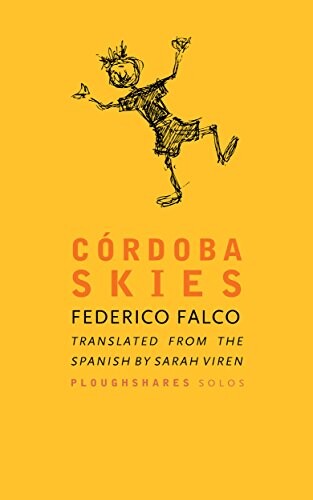