El Eternautra, Daytripper, and Beyond

"El Eternauta, Daytripper, and Beyond" examines the graphic narrative tradition in the two South American countries that have produced the medium’s most significant and copious output.

Argentine graphic narrative emerged in the 1980s, awakened by Héctor Oesterheld’s groundbreaking 1950s serial El Eternauta. After Oesterheld was “disappeared” under the military dictatorship, El Eternauta became one of the most important cultural texts of turbulent mid-twentieth-century Argentina.

Today its story, set in motion by an extraterrestrial invasion of Buenos Aires, is read as a parable foretelling the “invasion” of Argentine society by a murderous tyranny.

David William Foster is a faculty member with the School of International Letters and Cultures. 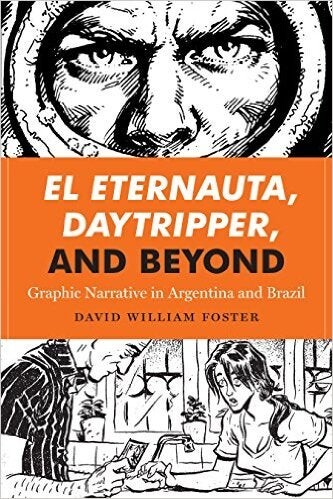