Independent voters—the 40–50 percent of Americans who reject identification with either of the two major parties or with any party—are increasing in number and impact. Independents are determining the outcome of major elections, upending the long-held categories of political science. Drawing on historical and contemporary data (including survey data, participant observation, interviews, and current writings and scholarship) and providing timely new analysis, the authors argue that independents are an engine for a transformation of US democracy, perhaps even its saviors. Rather than “leaning” to a party or an ideology, independents vary on issues but share a deep distrust of the partisan system. What are the consequences of this distrust? What about shifting trends among Black, Latino, and Asian communities regarding party loyalty? What of young voters who eschew party identification wanting a different kind of political culture? For a wide variety of audiences, this book gives students, scholars, campaign professionals, activists, and media analysts an insight into current voting dynamics and future possibilities.

Dr. Thom Reilly is currently a professor in the School of Public Affairs and co-director of the Center for an Independent and Sustainable Democracy at Arizona State University. He is the former Chancellor of the Nevada System of Higher Education (NSHE) where he served as chief executive officer and oversaw, under the authority of an elected board of regents, a complex system that includes R-1 research universities, four-year undergraduate institutions, a research institute and community colleges. Prior to his appointment, he served as director of the Morrison Institute for Public Policy at Arizona State University. He previously served as County Manager for Clark County (the Las Vegas Valley), where he provided both regional and municipal-type services.

Jacqueline S. Salit is president of Independent Voting, a national strategy, communications and organizing center that works to connect independent voters across the United States and supports their empowerment. Currently a professor of practice at Arizona State University, she is co-director of the ASU Center for an Independent and Sustainable Democracy. She is a 30-year veteran of the independent and reform movements, playing vital roles in the presidential campaigns of Ross Perot and Lenora Fulani. She ran the Independence Party segment of Michael Bloomberg's three successful campaigns for mayor of New York City.

This book’s exploration of [independent voters] is important and honest. The major media organizations try to marginalize this group as being secretly partisan, or not holding any consistent beliefs. These organizations are trying to marginalize Independent voters because they know that we’re actually the majority, and if we band together, we can take this country back from the extreme partisans they represent.

The Independent Voter does a fantastic job chronicling the rise, and power, of the fastest-growing segment of the electorate in the United States. It is clear that more and more Americans are tired of partisan gridlock and want their leaders to be public servants, not party servants. Republicans and Democratic leaders should take note and anyone interested in the future of American democracy should read this book. 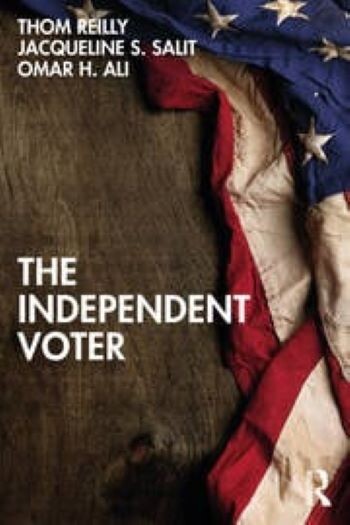