In Governing the Dead, Linh D. Vu explains how the Chinese Nationalist regime consolidated control by honoring its millions of war dead, allowing China to emerge rapidly from the wreckage of the first half of the twentieth century to become a powerful state, supported by strong nationalistic sentiment and institutional infrastructure.

The fall of the empire, internecine conflicts, foreign invasion, and war-related disasters claimed twenty to thirty million Chinese lives. Vu draws on government records, newspapers, and petition letters from mourning families to analyze how the Nationalist regime's commemoration of the dead and compensation of the bereaved actually fortified its central authority. By enshrining the victims of violence as national ancestors, the Republic of China connected citizenship to the idea of the nation, promoting loyalty to the "imagined community." The regime constructed China's first public military cemetery and hundreds of martyrs' shrines, collectively mourned millions of fallen soldiers and civilians, and disbursed millions of yuan to tens of thousands of widows and orphans. The regime thus exerted control over the living by creating the state apparatus necessary to manage the dead.

Although the Communist forces prevailed in 1949, the Nationalists had already laid the foundation for the modern nation-state through their governance of dead citizens. The Nationalist policies of glorifying and compensating the loyal dead in an age of catastrophic destruction left an important legacy: violence came to be celebrated rather than lamented. 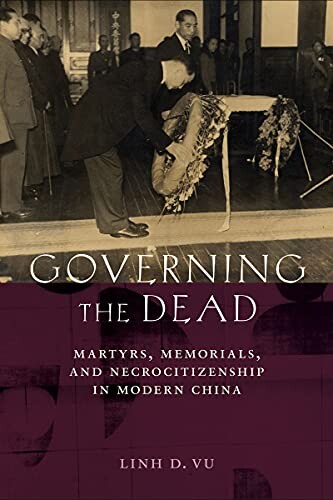