The Currency of Empire

In The Currency of Empire, Jonathan Barth explores the intersection of money and power in the early years of North American history, and he shows how the control of money informed English imperial action overseas.

The export-oriented mercantile economy promoted by the English Crown, Barth argues, directed the plan for colonization, the regulation of colonial commerce, and the politics of empire. The imperial project required an orderly flow of gold and silver, and thus England's colonial regime required stringent monetary regulation. As Barth shows, money was also a flash point for resistance; many colonists acutely resented their subordinate economic station, desiring for their local economies a robust, secure, and uniform money supply. This placed them immediately at odds with the mercantilist laws of the empire and precipitated an imperial crisis in the 1670s, a full century before the Declaration of Independence.

The Currency of Empire examines what were a series of explosive political conflicts in the seventeenth century and demonstrates how the struggle over monetary policy prefigured the patriot reaction to the Stamp Act and so-called Intolerable Acts on the eve of American independence. 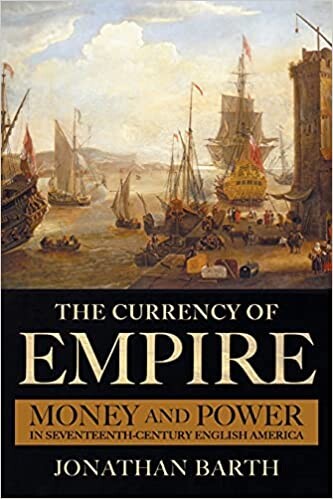