Me and the Cottonwood Tree

Chock-full of unbelievable stories, Me and the Cottonwood Tree will enchant readers with the hilarious misadventures of young Herb growing up during some of the most pivotal times in America.

From getting stuck in the family outhouse, to buying a donkey as a pet, to creating a giant fireball out of burning Christmas trees, you'll be taken along for a wild ride full of hysterical stories of Herb growing up through some of America's most influential moments in history.

Set in Arizona and California from 1933 to 1950, this is the story of one boy's untethered childhood. Herb Bryce grew up as part of a large Mormon family, moving frequently from town to town and house to house. In each new home, Herb learns valuable lessons...and often gets into heaps of mischief along the way.

Jump back to a time when kids were given freedom not often allowed to children today--roaming fields and forests, having adventures, and learning about how to create adventure right outside your door.

Herb Bryce served as division of Physical Science at Citrus College and as dean of Science and Mathematics at Seattle Central College. He has a passion for the arts and is cofounder and board member of ShoreLake Arts. Herb currently lives in Shoreline, Washington, where he is an active member of his local community. His philosophy is that service is the rent we pay for living.

I LOVED THE BOOK! From the scorpions to swimming lessons, dances to dynamite, this is a story of a childhood well spent. Reading the book feels like you’re gathered around listening to a friend tell a well-loved story… Thoroughly enjoyed from cover to cover. 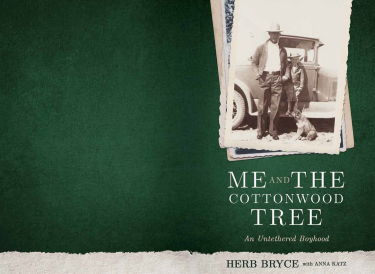